On Thursday 4 April 2019, the EU-funded ROCK project, EUROCITIES and Julie’s Bicycle invite you to a webinar on regulating the urban commons.

In the last five years, Bologna has successfully trialled an urban innovation model based on circular subsidiarity and civic collaboration, the ‘collaborative city’, which means public administrations governing not only on behalf of citizens, but also with citizens, basing their policies on the two concepts of city as commons and citizens as a great source of energy, talents, resources, capabilities and ideas in support of urban regeneration.

The regulation of collaboration between citizens and the city for the care and regeneration of urban commons in Bologna was officially adopted in 2014, setting up a reference framework so that managing urban commons together with citizens could become a structural, permanent and transversal public policy and alliance for the care of the city. Since the regulation entered into force, this commons-based governance has inspired many other cities in Europe, making Bologna a front-runner.

Starting from Bologna’s inspiring example, the webinar will be an opportunity to discuss the commons theories and principles and how they can be applied to urban governance. We will share ideas and practice around urban commons and cultural commons in cities, going into details of local examples inspired from the Bologna experience, such as the CO-CITY project supported by the Urban Innovative Actions programme in Turin and the Commons Transition Plan in Ghent. 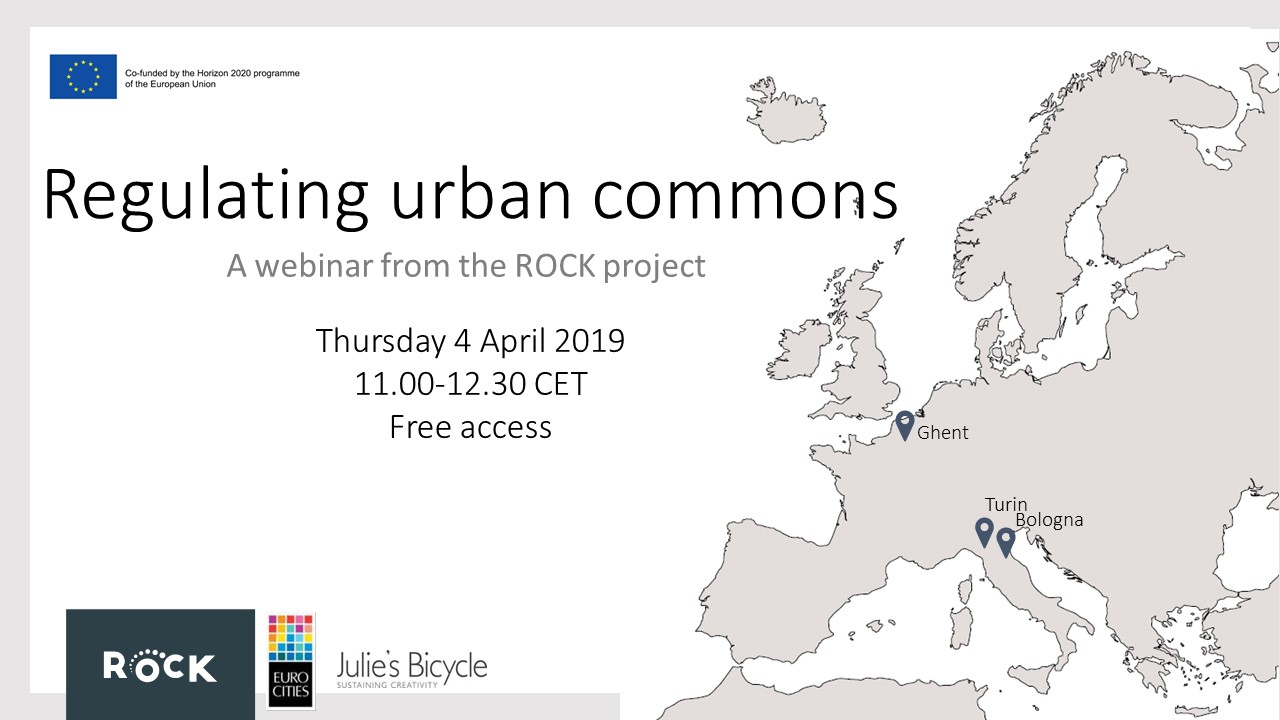