Lisbon featured in the ‘100 days, 100 ways’ campaign from EUROCITIES.

Lisbon is empowering residents of the Marvila district by making their story a part of a grand narrative.

Luis Santos, a 36 year-old Marvila resident has high praise for his local library: "I let the library staff know me, by the way, right now those people are the pillars of my life, they help me, they support me, they remember me for the good and for the bad."

The library at Marvila is a base from which the city of Lisbon is trying to reach out to disadvantaged residents and create a more inclusive society. Marvila is an area that is geographically and culturally separated from the rest of Lisbon.

Roberto Falanga, postdoc research fellow at the University of Lisbon explains: “This area is a very diverse one. Marvila and Beato are stuck in between the historical centre and this very new area, and during the recent decades it has received much less attention from the public and private sectors.”

In fact, the area is literally cut off from the rest of the city by a towering cliff-edge and a train track. Now the city is trying to empower the local people through culture, with an Interpretive Centre in the local library. "The library is not just a library, it's a cultural centre, it's an incubator of numerous projects in the area," says Roberto.

The centre, started as part of the European-funded ROCK project, is a place where local people’s memories of the city are stored. "In the ROCK project we understand that culture should be understood both as tangible and intangible." That means that protecting the memories of people is just as important as protecting the façade of an old building or restoring important works of art.

"Why did we want to create this in Marvila and Beato?” Alexandra Anibal, who works for Lisbon as the manager of the interpretive centre, provides her own answer: “To strengthen people's sense of identity with the territory. To bring people closer to local history and local cultural heritage."

So how does it work in practice? The city put together a committee that meets twice a month, consisting of local residents, representatives of local cultural institutions, and historians and sociologists working for the municipality, and researchers from the local university. “The central axes that have guided the design of the centre were citizen participation, dialogical approach to memory and social museology,” says Alexandra.

"We have divided Marvila and Beato into five areas and the members of the organising committee into five groups, each one linked to each area. Each group was responsible for mapping the cultural heritage elements of its area. For each area, each group had to gather documents, photos, videos and the identification of life stories."

According to Roberto, “participation in urban regeneration is also about mobilising efforts towards social inclusion and also social justice." That means locals are not just part of the process, but part of determining the process. Alexandra elaborates: "Experts and communities are at the same level to decide the methods, principles and objectives of each phase of the process. There is the recognition of a plurality of valid knowledge other than scientific knowledge. It is crucial to give a voice to those who have been silenced and marginalised by the dominant discourse."

​The teams of the committee find people with interesting stories about the area, its local characters, its cultural sites, its institutions and its historical moments. "This project is all around memory, memory of the people that live or lived here, memory of the places, of the local institutions," says Alexandra.

Citizen participation may be a clear enough concept, but what about the ‘dialogical approach to memory’ and ‘social museology.’ It’s really quite simple. The dialogical approach is the view that memory is neither independently generated, nor a pure product of society. "We view memory as the result of the intersection between personal and cultural history," Alexandra says. "They tell us our stories, but their stories always have a social context that must be known in order to interpret those stories."

And ‘social museology’? This just means exhibiting social artefacts, especially stories, that are relevant to the real lives of everyday people. In Alexandra’s words, it is “a small-scale museology, that of social, cultural and economic impact which focuses in its action on the development of the person through the identification, study and dyamisation of the cultural heritage element of a particular community through the use of participation." Again, to make it simple: asking people to contribute their stories and objects that they believe reflect their community.

Once all these stories are collected on video, they are uploaded onto an online database of stories collected through libraries all over Lisbon. They are also loaded onto multimedia equipment, “All information gathered by the groups will be inside this multimedia equipment that is going to be at the entrance of the library," Alexandra says. This is just one of many ways that the library is becoming part of the community, and the community becoming part of the library.

The library is using these oral testimonies to re-map the area, combining different tools, such as participatory mapping, geo-referencing and cartography to represent the knowledge of local communities and to include information that is now excluded from mainstream or official maps.

It doesn’t end here, however. Lisbon isn’t kidding when it says it wants the collection and presentation of local culture to be a dynamic process. The residents of Marvila were soon to see their stories inspire a suite of new videogames. A week-long event held by the library, ‘Bibliogamers,’ brought together nine teams of players to use the material to create games about the past, present and future of Marvila.

Game designers took a tour of the area, watched and listened to the stories that had been collected, and even had live conversations with elderly locals to get a better picture of the place and its history. Many of the resulting nine games continued to be developed after the week-long design session, and you can download the winning game, ‘Marvila in progress,’ now.

The project is ongoing; every month new stories are collected and added to the database, and next year a new videogame event will continue to vault Marvila’s past into its future. Slowly but surely, the people of Marvila are finding empowerment through culture, and this area is becoming a part of Lisbon again. 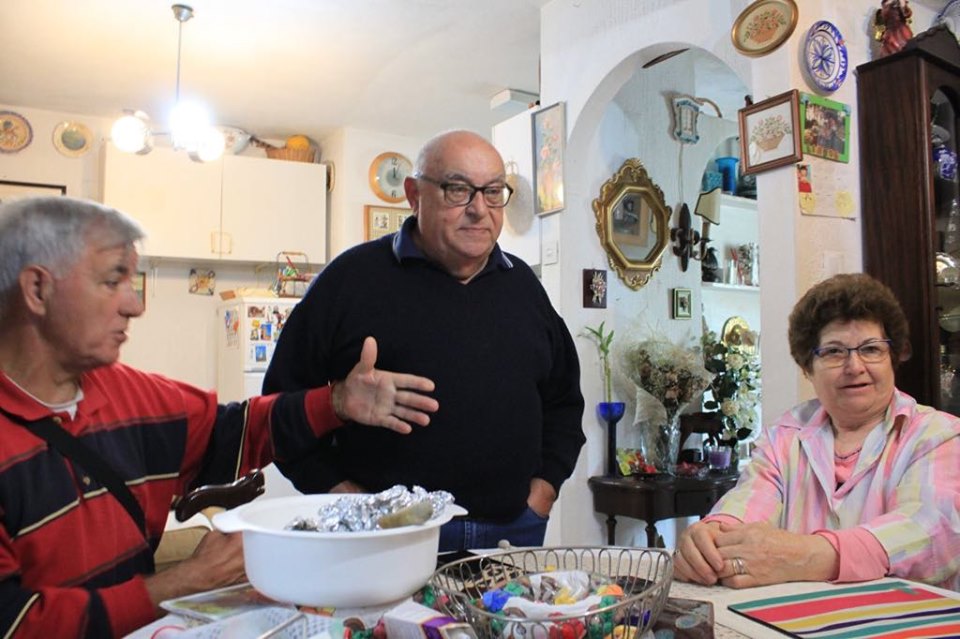