Leave a trace, not a footprint! In the second episode of ROCK Green Streams, we explored key impact areas where event organisers can reduce their carbon footprint: waste, plastics, biodiversity, procurement… There are a lot of areas where you can implement changes!

In Bologna, the cultural and environmental agenda became intertwined thanks to the ROCK project, and the city has developed participative and creative actions in the university district, which is situated at the heart of the historic areas by combining conservation, innovation and environmental protection. For instance, the city worked with volunteers to recycle posters and materials from cultural events and transforming them into new items and goods. The municipal theatre (Teatro Comunale) also got a new look with the greening of its roof terrace and the life cycle assessment of an entire show: Barber of Seville.

These examples prove that culture has an essential role to play in creating changes, so why is the cultural sector still underestimated in climate policies? According to Dirk Holemans from the Oikos think-tank, the cultural sector should be bolder, more self-confident and noisier about the impacts it already makes. Culture brings in the necessary imagination and creativity in all layers of the change processes and create new stories.

For more inspiration you can watch the episode again below or on the ROCK YouTube channel. 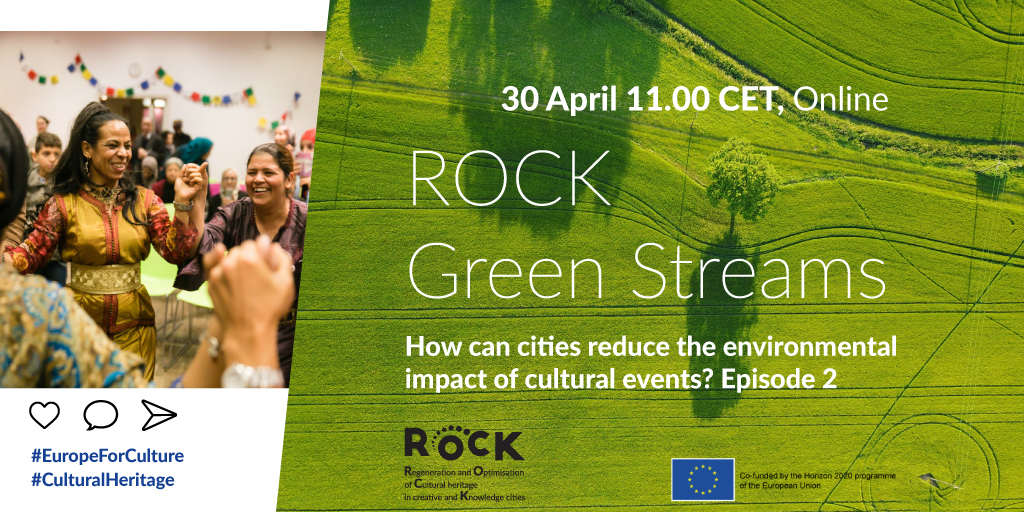